An anti-corrosion epoxy primer prevents moisture or corrosion from creeping in, as it is very effective at sealing up bare metals. It keeps the oxygen away from the metals and ensures that rust or corrosion does not affect the surface of the metals. Moreover, it's non-porous as it cures and doesn't soak up the moisture as most primer-sealers do.
It has chemical resistance in high humidity environments, strong adhesive, and good mechanical ability, making it usable on various materials.
Epoxy primer's main job is to protect materials against rust as well as corrosion. There is a two-part epoxy primer comes which has zinc phosphate, which enhances the corrosion-inhibiting properties. Paint is composed of pigment, whereas primer is composed of binding elements, which ensures no oxygen passes through it, resulting in corrosion. Epoxy primer is also used as a waterproofing material that protects bare metal from oxidation. 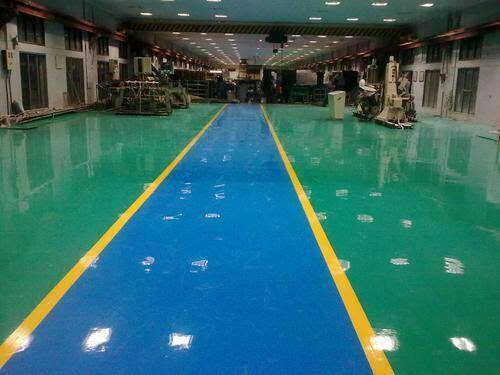 The one part epoxy primer consists of a sealer that makes a smooth finishing when applied to the coats. This is usually the first base coat applied on bare steel, which creates a non-porous finish. It works best on bare metals, and you can use it on newly fabricated metal [arts also which has been fully stripped.

1.Why is an anticorrosive epoxy primer used in industries or plants?

Anticorrosive epoxy primer is a high-quality epoxy primer that is efficient in providing maximum protection. This is why it is used for coating in the aggressive environment, including petrochemical facilities, offshore structures, Industries, Bridges, and power plants. .

Yes, it is specially made to prevent corrosion because it is a strong adhesive, chemical resistant, and works in high humidity environments, as it has good mechanical ability. Epoxy primer can be used in various materials like steel, aluminum, galvanized steel, asphalt, wood, fiberglass, and concrete.

3.How does epoxy primer work?

Epoxy primer works as a proper base for topcoats which provides an exquisite finish. This acts as a binding ingredient between the top coat of the paint and concrete, which protects the primer before the walls are ready for paint. Primarily, it protects the walls from extreme weather conditions.

4.How epoxy primer and epoxy sealer are different from each other?

One of the main differences between epoxy primer and epoxy sealer is that you tend to require a single primer coat, whereas it requires multiple epoxy sealer coats if you use a sealer. So, you can understand how efficient the epoxy primer is.

Established in the year 2012, "Chemflow Paints" (formerly known as Chemflow Paints) are one of the prominent traders and suppliers of Coatings and Adhesives. The products offered by us are sourced from the well established and known vendors of India.